RNC winter meeting: GOP must chart a path to win back urban America

Posted on January 24, 2013 by tfdfblog
By Kevin Williams

The 168  members of the Republican National Committee (RNC) have officially started their winter meeting in Charlotte, North Carolina, where they will elect the party’s chairman and co-chairman.

Indeed, many Republicans and conservatives around the country 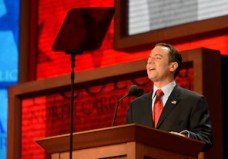 TAMPA, FL – AUGUST 28: RNC Chairman Reince Priebus tries to keep a smile as Ron Paul supporters boo him during the Republican National Convention at the Tampa Bay Times Forum in Tampa, Florida on Tuesday, August 28, 2012. (Photo by Toni L. Sandys/The Washington Post) (Toni L. Sandys – THE WASHINGTON POST) are sure to be nervously glued to C-SPAN or their desktop computers over the next two days, hoping for clear indications of the party’s future.

While many of their fellow Americans may be tuned out or turned off from politics after our past election, those of us who continue to pay close attention to national politics realize that this RNC chairman election will be important to the country’s political future.Why? Because while the RNC’s winter meeting will be full of politicking for positions, prestige and networking for its members, it is also being held to set the party’s agenda. And after a second loss to Barack Obama, what course the party sets now could determine its long term future.

Whether this agenda includes any thought to the Republican Party’s lack of support in urban areas and minority communities remains to be seen.  Since losing the White House again to President Barack Obama and losing seats in the House and Senate, rank-and-file Republicans have gotten little sense that any lessons were learned from the past election or if their party leaders know how bad things really are out there.   After spending over six years examining my own Republican Party’s lack of success in urban America for my film FEAR OF A BLACK REPUBLICAN, I know what many African Americans know: President Obama’s two election wins were not flukes. I hope the party leadership understands this, too.

Here are some sobering statistics: On Election Day, President Obama received 81 percent of the vote in New York City, according to Bloomberg. This is the largest vote share of any Presidential candidate in more than 100 years in that city.

Meanwhile, 3,000 miles away in Los Angeles County, CA (mostly made up of the City of Los Angeles), President Obama received nearly 69 percent  of votes, according to the Los Angeles Times. Mitt Romney received 29 percent the paper reported.  These kinds of numbers and results can be found in many urban areas and cities around the country.  What this illustrates is that the GOP is losing a major constituency of modern America.  Sadly, the Republican Party has not done anything to publicly acknowledge that it fundamentally understands the basics of its failures to win in minority-dominated locales or in districts with non-rural population density.

It will be the RNC’s current chairman, Reince Priebus, to figure out this growing problem. Priebus, who’s expected to win another term this week, will have to come up with a strategy to woo back  the  millions of Americans who want to have both major political parties, Democratic and Republican, asking for and working for their votes.  These Americans may live in tightly-packed cities or may not look like our most recent Republican Presidential ticket, but they deserve to have their votes wanted and campaigned for.  And the Republican Party deserves to have a chance to win these voters over.  Without changes in leadership or campaign strategy, the Republican Party will never meet these voters or give itself its best chance at survival.

Here are my recommendations which  Priebus and the Republican Party can use immediately if they are to be serious about reaching out and winning the votes of Urban and Minority voters:

1.        Reach out to the African American and urban voters already in the districts the GOP represents to get an idea of how bad things actually are.  Listen, don’t talk much.  Know where “ground zero” is for real.
2.        Require that all State and County GOPs, as well as their funded candidates spend at least 5 percent of their advertising budget on Black, Hispanic or Urban Media/Radio.  Their comparative costs to Major Talk Radio/Major Newspapers, etc. are a bargain.
3.        Require all State Republican Committees to organize and implement outreach campaigns (a “Meet the Grandmas” Campaign) geared towards areas where the Republican Party is already under-represented.  This should be a going concern by July 4, 2013.  Listening, then talking is the key.  Start by knowing the neighborhoods you’re representing.
4.        Amend the financial threshold requirements that Republican U.S. Congressional Candidates must raise within their district in order to gain Party campaign support or expertise.  For Republican candidates in places like New York, Trenton, Chicago, Philadelphia, and Atlanta – it is virtually impossible to raise the necessary hundreds of thousands of dollars because there aren’t enough Republicans or Donors.
5.        Reiterate former RNC Chairman Ken Mehlman’s 2005 apology for the “Southern strategy” of the Nixon era, which sought to encourage white flight from the Democratic Party.  But, go even further by committing to spending $10,000,000 over the next two years to support Republican candidates in urban/African-American-majority districts.  While you are at it, commit to ending the practice of gerrymandering which has only served to isolate and dis-empower urban and minority voters.
6.        Require all Republican U.S. Senate and House candidates to hire and empower Senior-Level advisors  from within the district they are representing or wish to represent.  Someone from Canton, Ohio may not be the best person to help you defeat John Lewis in Atlanta or win an open seat in Los Angeles.  The GOP must build its own talented farm team in urban America.
7.        Attend and speak at the National Association of Black Journalists (NABJ) this July, as well as the Urban League and NAACP Conventions.  Mitt Romney missed a huge opportunity by skipping the NABJ Convention and not speaking to thousands of black journalists last summer.  Also check out the National Association of Hispanic Journalists Conference in August.
8.        Be prepared for some rejection and skepticism.  The Republican Party will likely have been found missing in action by many of the voters you will meet.  Get used to the phrase, “you are the first Republican I’ve ever met.”  By the third or fourth time our Republican Party meets these voters, we will be like old furniture – expected to be there.  The only way to get of the “Racism” tag is by being in the room and expressing our views on our own terms.
9.        Be better than the Democrats by knowing our Party’s history with the African American community and connecting this history to modern-day policies and ideals.  There are many African American (and other) entrepreneurs who may be interested in the GOP’s business and fiscal policies, if they were presented to them one-on-one.  However, this can never happen unless we can explain where we were and where we are going.

Each presidential election, the Republican Party starts out minus 127 Electoral Votes since the Party concedes the East and West Coasts’ Urban and Minority voters every time.  With New York, New Jersey, Pennsylvania, Washington State, Oregon and California automatically going to the Democrats every four years and these states’ urban and minority voters not being offered the chance to seriously consider the GOP, my Party’s future looks very grim.  No matter who is our Republican National Committee chairman going forward, we must get off our current road to oblivion.

Kevin Williams is director of the documentary film“FEAR OF A BLACK REPUBLICAN”. He serves as a Republican Committeeperson and community activist in his hometown of Trenton, NJ.