At RNC event, speaker says African Americans have taken a back seat to gays, immigrants

The Republican National Committee commemorated the 50th anniversary of the March of Washington and Martin Luther King’s “I Have a Dream” speech with a luncheon Monday.

The most rousing speech of the luncheon came from Bob Woodson, the head of the Center for Neighborhood Enterprises. Woodson criticized black leaders over Trayvon Martin, the black Florida teen who was shot to death by George Zimmerman. Zimmerman was acquitted in Martin’s death. Woodson, who is black, said groups including gays and immigrants have been prioritized over poor black people in American society.

“Everybody has come in front of them on the bus — gays, immigrants, women, environmentalists,” Woodson said. “You never hear any talk about the conditions confronting poor blacks and poor people in general.” 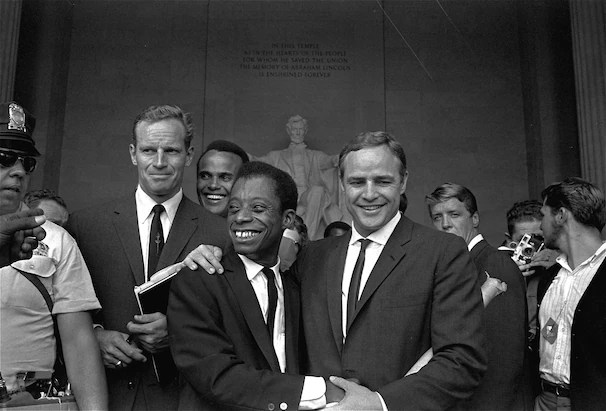 Woodson also criticized the “moral traitors” who mourned the death of Martin but not Chris Lane, the Australian baseball player who prosecutors allege was shot to death in Oklahoma by three boys, two whom are black.

Conservatives have strongly criticized black leaders like Al Sharpton and Jesse Jackson for treating the cases of Martin and Hale differently.

Woodson said King would mourn for both equally.

“If Dr. King were alive today, he would not be just talking about justice for Trayvon Martin,” Woodson said. ”He would also give a prayer for this 18-year-old man, this little baby, who was shot in the face by two black kids.

“We should pray for the families of these people just as we do the family of Trayvon Martin. We should not wait for a white face before we get outraged. Evil is evil, whether it wears a white face or not.”

Recognizing that strong reaction to his words, Woodson didn’t back down.

“I’m sorry to be the skunk at the garden party, but I think if Dr. King were alive today, he would step on some of these sacred issues,” Woodson said.

At the end of his remarks, Woodson was greeted with a standing ovation.

Aaron Blake covers national politics at the Washington Post, where he writes regularly for the paper’s Post Politics and The Fix blogs. A Minnesota native and graduate of the University of Minnesota, Aaron has also written for the Minneapolis Star-Tribune and The Hill newspaper. He joined the Post in 2010. Aaron, his wife, Danielle, and his dog, Mauer, live in Northern Virginia. Follow him on Twitter at @AaronBlakeWP.
This entry was posted in Uncategorized. Bookmark the permalink.