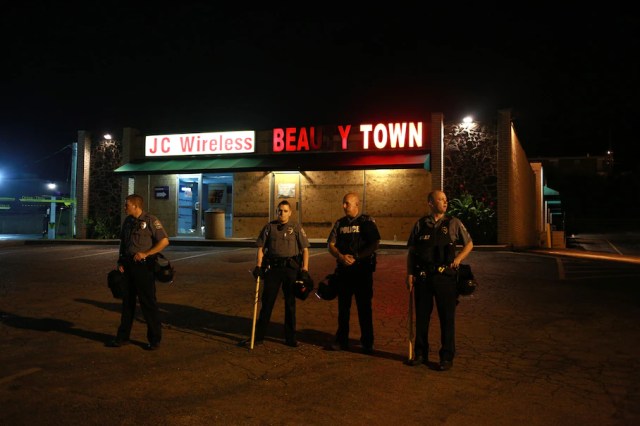 A new CBS News/New York Times poll shows that Americans give President Obama mixed reviews for his handling of the situation in Ferguson, Mo. While the reviews are more positive than negative (41 percent to 34 percent), fully one-quarter of Americans have no opinion.

Given that Obama’s approval ratings are generally underwater (more negative than positive) when it comes to most issues these days, that might seem a small victory for the White House.

But one emerging area to watch: how African Americans view his handling of the situation.

While the CBS/NYT poll notes that 60 percent of blacks are satisfied with Obama’s response to the Ferguson shooting — a clear majority — that’s less overwhelming when you consider how hugely popular Obama is among African Americans in general. The latest Gallup numbers show that 86 percent of African Americans approve of the president. In that light, a 60 percent approval rating on Ferguson is less impressive.

But it’s also pretty clear that the president’s extremely careful approach to what’s happening in Ferguson isn’t winning him plaudits among his most loyal constituency — which also happens to be the constituency most interested in what transpired and what will transpire in Ferguson.

As Obama continues to be judiciously neutral on the matter — which is likely to play out for months or more as a grand jury decides whether to prosecute officer Darren Wilson in the shooting of Michael Brown — it will be interesting to see whether there is more urging from the African American community for him to take a firmer stand.